The very first Music Makers CD has arrived, listen to samples, view or download the lyrics and find out about how and why this CD came about. Or you can simply buy it! 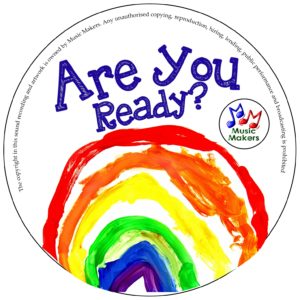 Buy your own copy!

How did this CD come about?

It started with the words of a 9 year old girl in India who knew God had given her a message to say to Vanessa, and these words confirmed to Vanessa what had already been said by her friend Tracey.

It was during this mission trip to India in 2013 that Vanessa was told she was burying coins like the third servant in the story that Jesus told and is recorded in Matthew 25 verses 14-30. This servant had been given a large amount of money but had not used it wisely but instead he had buried it. The challenge to Vanessa was that she had buried some of what God had given her and was not using her full talents and abilities to bring glory to God.

Jesus finishes off the story by saying (in verse 29) “To those who use well what they are given, even more will be given, and they will have an abundance. But from those who do nothing, even what little they have will be taken away.”

And so in response Vanessa came back to Cosham Baptist Church (CBC) and explained how she felt Music Makers was the coins and God was saying to tell others about it and share what has made the group so successful!

Vanessa got a group of people together to be part of the Music Makers Development Project and this group recognised the importance of Music Makers having its own music to be able to enjoy and share. The idea of a CD came about. 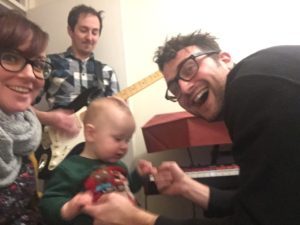 We are completely blessed at CBC with numerous very talented musicians and creative people and so we arranged a bring and share lunch and in-between courses… we got into groups to do some song writing. Kim Gregory brought to the lunch a couple of fantastic songs she had already thought about. Kim’s two songs and two created that day made it onto the CD…the start!! Kim continued to be creative and kept producing amazing songs. 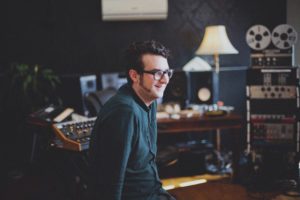 David Evans mixed, recorded and produced all the songs – taking older well known songs and putting them alongside the new ones.  We are immensely proud of the outcome and the many Music Makers at Cosham Baptist have really enjoyed learning the new songs and singing them at home with their children.

It has opened up the group to using more ‘props’ too… we have a bag of handmade bugs, leaves, squirrels etc that we use with Sticks and worms and squirrels – this opens up the child’s imagination of walking in the woods and picking up treasure….  and animal puppets to use with Hello Zoo…. there is so much more! 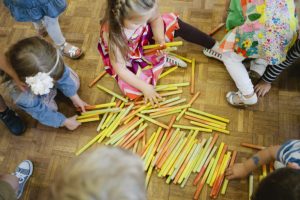 The church at Cosham have been amazing and supportive of this vision and we are excited to see where God will take it.  This whole project grew out of the prophecy and Vanessa knows that God had that personal message for her and she trusts God will use it in many ways to draw closer to each one of us,

It is very important to honour the prophecy by using the proceeds from this new CD to help others and we have put into place a plan of how the money will be used.  Once we have enough money through sales to pay for the production costs of the actual CD, a percentage will go into a bursary fund so that we can help groups that may need equipment etc, a percentage will be given to Cosham Baptist Church to use working in our local community.

God is good! All the time!